This story is drawn from the interview with Eylem Binboga by Eithne Nightingale as part of her research into child migration to East London.

My name is Eylem Binboga. I was born in 1976 in Kayseri in the middle of Turkey. I have one older sister, a younger brother, and my mum and dad. We lived in a small house which used to belong to the Armenians. Once my grandmother died, we moved into my granddad’s farm outside the village Kumarli Köyü. I loved the farm.

I was out as soon as the sun rose and came home when it was dark. A person living in Germany had a summerhouse with lots of cherry trees. I used to steal a lot from that. Cherries stain not just your mouth, your teeth but also your clothes and hands. They knew you’d been stealing cherries [laughs].

And I loved sunflower seeds but sunflowers grow quite tall. So we had to break them and check if they were ripe. One time, when the owner appeared, I managed to run through the stems. It was easy because I was little, whereas he was a grownup man. And I ran as far as my granddad’s farm but didn’t have the strength to run further. And there was a scarecrow where mum was growing Turkish peppers, so I managed to undress it and climb into these old rags and stand still, scared to be caught.

When my grandfather heard this man calling he was cursing me, “she has the devil in her.” I could see him boiling with fury, but he didn’t spot me. I could see the rest of my cousins and friends running to hide in the caves, left from the Armenians.

Among this fun, there was hard work. I was like a shepherd. Sometimes we were out in the fields for hours under the sunlight, waiting for someone to bring us food. We did hard work, milking the cows, carrying hay and watering the plants.

One time, I was too busy playing and six of Mum’s turkeys got onto the railroads and got butchered by the passing train. I knew I was in trouble so I decided to run away. 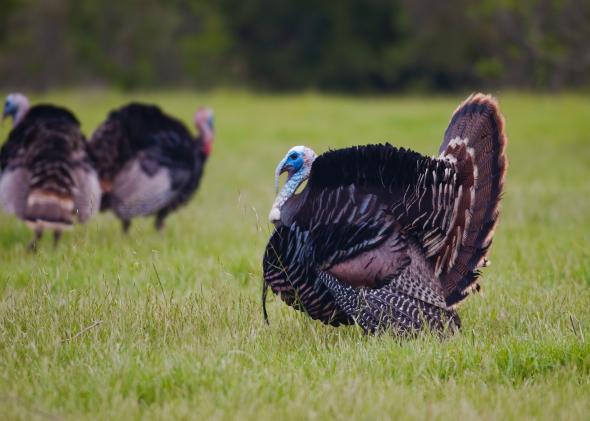 I remember putting a couple of potatoes, tomatoes and spring onion in my apron. I took an hour’s walk, maybe more, to get to my granddad’s village, but I got a big smack, “You turn back and go home.” [Laughs]

We lived in my granddad’s house for maybe a year and a half. For some reason my grandfather and father didn’t get on. So we moved to my uncle’s farm in another village, and there they built a house. That was the time my parents decided to emigrate. It was a hard time socially, politically. We were Kurdish Alevis. There was segregation.

We knew we were Alevi, but what Alevi meant we didn’t know. You could see we were different. Mum didn’t cover her hair. During Eid we would butcher animals but certain neighbours wouldn’t take our meat. My grandfather was a Dede, like an Imam. In his house the cemevi would take place. He used to be a very good saz baglama player and there were songs he would play in a very secretive way. The doors would be locked and we wouldn’t be let in. If we spoke about it at school they would have been taken to jail, tortured and discouraged from doing it. The local Sunni Muslims could have burnt the place down.

The only couple of houses we were in connection with knew we were Alevis. They were Muslim Sunnis but weren’t the radical types. They respected who we were. My parents and grandparents spoke Kurdish but they were very careful not to speak in front of us, in case we spoke Kurdish in school. So they were very hush, hush about it. I discovered our Kurdishness in this country.

My parents took asylum here under the label of Kurds. There are political reasons but I think it was also financial. My dad didn’t like to work with the land. They arrived to this country in 1986.

I was just seven turning eight when my parents left. It was summertime. There was lots of watermelon [laughs]. Nobody actually sat me down and explained what was happening. And I don’t actually remember them leaving me, my sister and brother, with my uncle. Maybe it was painful, my memory blocked it out.

Being out in the sunrise and coming back when the sun was going down, meant their going didn’t feel like a big loss. But when they phoned or a letter came it was very emotional. We had four or five letters. Maybe two or three telephone calls. We didn’t have a telephone in our house. It had to be in a village.

My uncle and aunt were very good to us, especially my aunt. But she didn’t have time for cuddles, bless her. She worked hard.

After two years, 1988, my uncle was taking us to get brand new clothes. It was like, “What’s going on?” And the next thing we know, we’re in a big coach. I’d never been to a big city, so Istanbul was wow, amazing. We were there for five, maybe seven days.

And then got on a plane. I’d never been on a plane before [laughs]. Yeah, that was a bit surreal.

At London airport there was a barrier and forms to be filled up. And there was this black lady from Cyprus, Derya Abla. I think she got to cuddle us first, because mum had to be kept to one side. Derya had a big van. I remember cuddling my mum at the back. She looked old, different, modern. Or I was different. We came to a place called Isci Birgli, Workers Union Party in Balls Pond Road. Dalston. I remember the smell of Turkish tea, my dad’s tears and his prickly moustache. [Laughs] Everybody was so friendly. It was surreal. I was 10, 11. You were caught in a flow of water and just being dragged and nobody’s asking me did I want to leave Turkey, do I want to go to my mum? You’re just following. So I did what I did. I followed what I was being told.

We lived in a room in Hackney Wick. Mum managed to stay with us for a week, but she had to go back to work. They just locked the door and left us. I can never forget that door. In Turkey doors were always open. I hate doors. In my flat I took out all the doors. There is not even a door in the bathroom unless a guest comes.

We came in August, so the schools were on holiday. Then we were sent to temporary accommodation in Walthamstow. That’s where we started Walthamstow School for Girls. One magical thing in this country is it’s lush green. After the rain the sun came out, everything would spark. I loved it. And we were wearing green uniforms. We were almost camouflaged. [Laughs]

For six or eight months we were sent to learn just language. We had girls from Thailand, Pakistan, Nigeria, so everybody had the same problem. After two years the language barrier evaporated but my English teacher said, “Oh, I regret the day you learnt English.” [Laughs] I’m a very talkative person, and not having the voice to say anything was hard.

I had a Pakistani friend called Sadia Anwar, a Jamaican friend called Zoe and a Chinese friend called Pu Ling. They were all born here. And there was Joanna who was British. I loved my friends. They looked after me. I remember going on a camping holiday. Everybody sat around a fire and there were people from different ethnicities, different countries. I didn’t feel the only foreigner. I felt part of this world now.

I did as much after school activities as possible. Drama, running and sailing in Chingford Reservoir. I stayed late to do homework. Home was not happy. My parents were working in factories, making ladies’ jackets, coats. They would get up at six and work till eight, ten, 11, sometimes 12. And they came home with work to do. They had to turn pockets or collars or belts.

When I was 14, 15, we went to the social centre at the Social Workers Centre, Isci Birligi. That’s where I learned about Alevism but they also took you on marches. One time we did a big march against the BNP. It was great fun but they gave you chores to do. I didn’t like this extra burden of interpreting, translation and form filling.

I went to Epping Forest college for two years and then to University of Brighton to study three dimensional design and craft. It was brilliant, [laughs] beside the sea. I should have stayed but I knew I had to come back.

I went to Turkey the first time in 1995. Before that I have dreams about not being able to get there. My grandfather’s farm will be just a field away, but it was full of lurking, muddy creatures. I wanted to go back so much. But when I went back the village had become a town. In seven, eight years the whole place had changed. So this nostalgic, romantic childhood had gone and the dreams stopped. It felt like closure. I love it when I go to see my family. But they have changed. It’s not how it was.

In Turkey I think I would have wed early probably with a cousin. I would love to run a farm. But I couldn’t do that with the current situation in Turkey, I can’t be who I am there. Too much restrictions for a woman to do what she wants.

2 thoughts on “Caught in a Flow of Water”