This story is drawn from the interview with Henry Bran by Eithne Nightingale as part of her research into child migration to East London.

Henry loved the city he was born in. “In those days it was a beautiful place. You can sleep in the street and people will look after you.”

He lived with his family in a, “wonderful happy house.” It was so big that they created a roller-skating ring in the front room.

Opposite the house was a Catholic church where, from a young age, Henry learnt to play the organ. “The church was my playground. One day I heard a knock at the door and it was the verger. And he said, ‘Look, we have a funeral so can you play the bells as well?’ “

Henry was artistic. He made puppets and wooden toys and was a self-taught pianist, impressing his cousins who lived in the capital with his rendering of Beethoven’s Fur Elise.

Then civil war erupted. “14 families owned the whole country. Any rebellion was suppressed by heavy attacks. Óscar Romero, the Archbishop, actually asked the government, ‘In the name of God, I order you to stop killing your own people.’ D’Aubuisson gave the order to kill Óscar Romero.

“I remember people saying, ‘If they don’t respect the man of God, who is going to respect us?’ I began to see my friends being killed. One lost his life because he saw somebody being kidnapped. On my birthday, about 200 yards from where I was standing, there was a gunshot and this guy fell. My friends were calling, ‘Henry, come back inside before you get shot.’ I couldn’t move. The other guy finished all the bullets and the body jumped every time. I don’t celebrate my birthday now.

“In 1980, my dad said to me, ‘I have to recruit you into the Army. The guerrillas are not going to kill you because they’re all your friends but the Army will.’ So at the age of 16 he enrol me, not as a soldier, but as a musician. In fact, the sergeant ban the musicians to lend me an instrument as he wanted me to read music. ‘If you lend an instrument to Henry, I put you in jail.’

“One soldier said, ‘You’re so lucky you’re in the Army because we cannot touch you now.’ I began to like the power as I was bullied at school but I was afraid of it too. Soldiers said to me, ‘Henry if you need to get rid of anybody just let us know and we’ll get rid of them.’ And the other side said, ‘Henry, why don’t you join the guerrillas? You’ll be okay there.” But I said, ‘No, I don’t want to risk my family.’ It was very scary.

“The guerrillas never actually hurt anyone. They used bombs only to frighten, to attack certain places. The guerrillas took over most of the churches. There were two reasons why the Army couldn’t touch a guerrilla. One is, if you’re in a church and two, if you wrap yourself with the national flag they cannot shoot you.

“My brother (brother in law) was kidnapped because he was a Head of the University. Anything that was education was a danger for the government. He came to England in 1979. In 1980 my sister came to be reunited with him. When my brother-in-law found out I was in the army, he didn’t want me to be brainwash, so I came to England through Human Right Campaign.

“Napo and Omar, my friends, were the only ones that knew. When they drop me at the bus stop, they started crying, and we knew then that was it. The plane from El Salvador to Miami was fine but when I saw the jumbo jet that was going to bring me to London I thought, how is that thing going to stay up there? I didn’t go to toilet. I remember being on a train and you look down the hole and you see the railways. So that’s why I didn’t want to go to toilet just in case I fall down the hole.

I arrive at 7 o’clock in the morning and all I could say is, ‘I’m coming to study music.’ And they (immigration officers) said to me, ‘but music college is very expensive.’ I say, ‘Yeah, I got $25.’ ‘That doesn’t even cover you if you walk from the airport to London,’ They photocopy every paper I have. And then they said, ‘So you coming to us for a political asylum? Your sister is outside with the Human Right Campaign. Why didn’t you say that when you arrived?’ I wouldn’t trust anybody. I wouldn’t say anything that will cause a threat to my life.

“I arrive around September or November and it is snow, snow and snow. For me it was so funny because it’s a Slush Puppy land. I wanted to put a flavour on it and finish it all up. 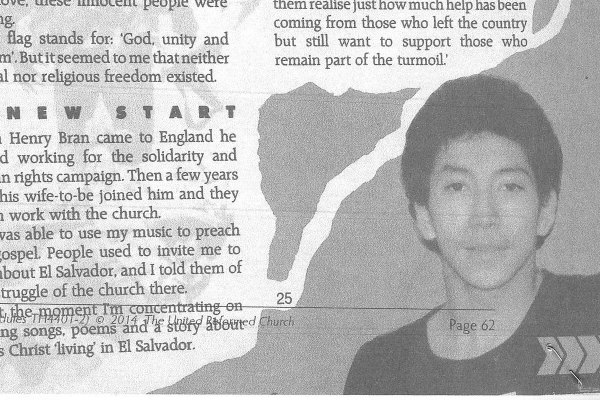 “It was a Latin American music festival and they said, ‘we have a singer from El Salvador’. My sister pushed me on stage and that was the first time I perform in England. 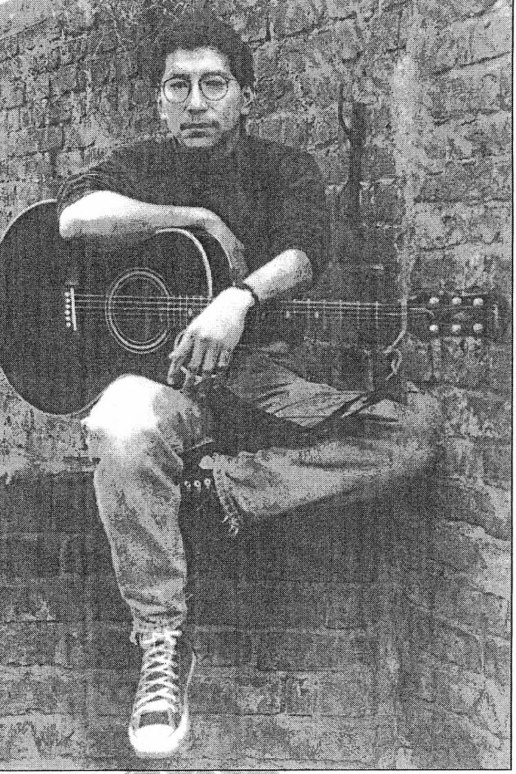 I started singing other people’s songs but then I need to express what I feel. Performing took me all over England. I was invited to the Labour Party Conference in Blackpool. I arrive in the taxi. And someone said, ‘Who the hell is he?’ And all the cameras started taking pictures just in case.

It wasn’t until I came to England that I started seeing documentaries, films and photographs, testimonies. Then my eyes were open. We thought it was normal you know, you just cope with life as it comes. Sometimes I had nightmares and, my dad said to me, ‘Why you don’t sleep?’ and I say, ‘it’s just all these memories come back. It’s like changing all the channels of a television, all this imagines come back.’

“After ten years I went back to El Salvador and did a concert in the National Theatre to raise funds for the orphans. They took me to the Central Park in front of the Cathedral and I saw this whole row of chairs from people from the Government and the Army band. And I thought, ‘They going to lynch me or what?’ ‘No,’ they said, ‘We are here to honour you.’ And they present me with two diplomas for all the work I have done for refugees and El Salvador.

“I went to the house. It was full of cobwebs. A sad house. A haunted house. I sat where I used to sit on a little wall. I was wearing white trousers, a white top. A bus stopped right in the middle of the road and everyone came out. ‘You gave us such a fright,’ said the bus driver, ‘ because suddenly we see this haunted house and you sitting outside wearing all white.’ Someone said I’d been kidnapped and killed during the war.

“When I came to England I said, ‘This is my home. I’m not going back.’ Hackney is everything for me. Everything is Hackney. El Salvador is just a dream that I left behind. I can always go back and dream again, but Hackney is my home. 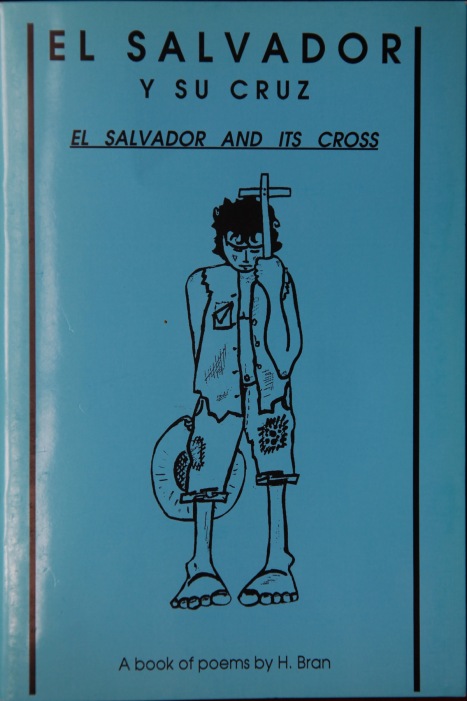 You can hear Henry and excerpts from his story on Soundcloud: